Senators voted on Feb. 5, 2020 to acquit President Trump on two articles of impeachment — abuse of power and obstruction of Congress. The vote ended the trial that began Jan. 21.

Want a quick overview of the case, those involved and key documents? Check out this NPR guide. 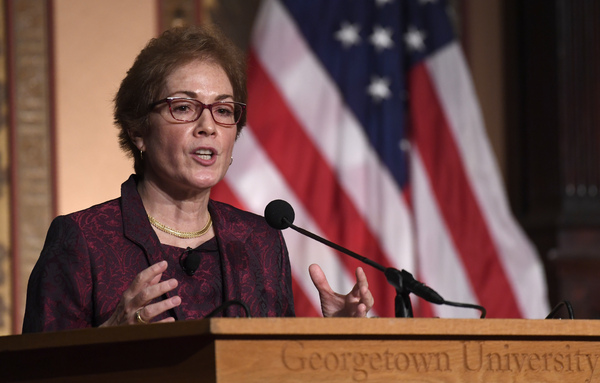 By Martha Wexler
"Foreign service officers are wondering if it is safe to express concerns about policy, even behind closed doors," the former U.S. ambassador to Ukraine said during remarks at Georgetown University. 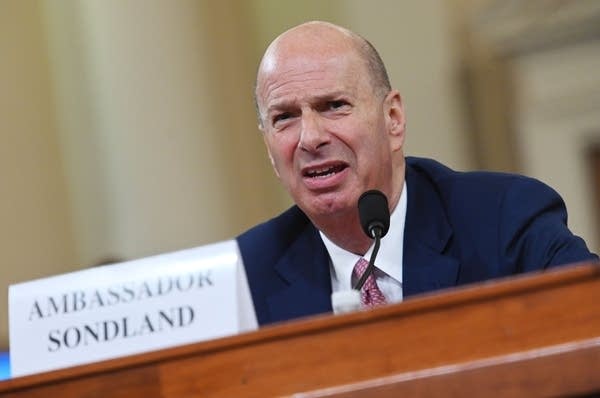 By The Associated Press
President Trump has ousted Gordon Sondland, his ambassador to the European Union, who delivered damaging testimony during the impeachment inquiry. The action comes just hours after Alexander Vindman, the decorated soldier and national security aide who played a central role in the impeachment case, was escorted out of the White House complex Friday. 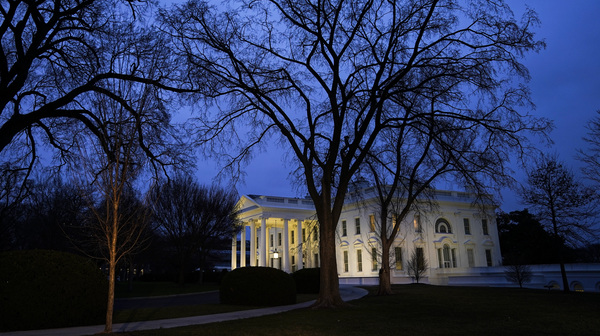 'I did nothing wrong': Trump defiant after Senate acquittal

By Dana Farrington
The Senate found President Trump not guilty of the impeachment charges against him. "We went through hell, unfairly," he said in a statement at the White House. 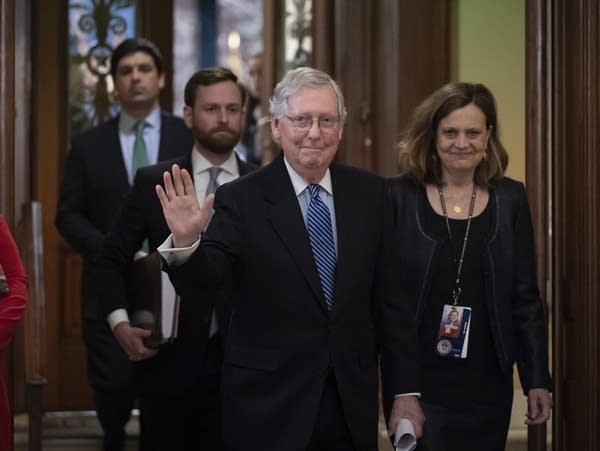 By The Associated Press
The Republican-controlled Senate has acquitted President Trump on two impeachment charges. During the just-ended Senate trial, GOP lawmakers railed against what they said was a rushed process and Democrats called Trump a threat to democracy. Just one senator, Republican Mitt Romney of Utah, broke with his party when it came time to vote. 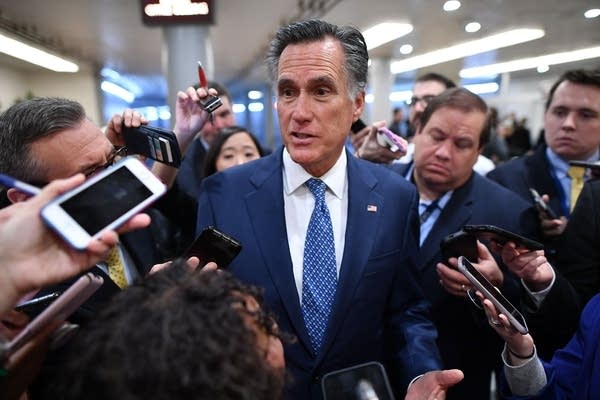 Romney to vote to convict Trump, sole GOP Senator to break on impeachment

By Krishnadev Calamur and Bobby Allyn
Romney called the decision the most difficult decision he has ever made, citing his strong faith that led to to "apply impartial justice" to the facts presented by both sides. 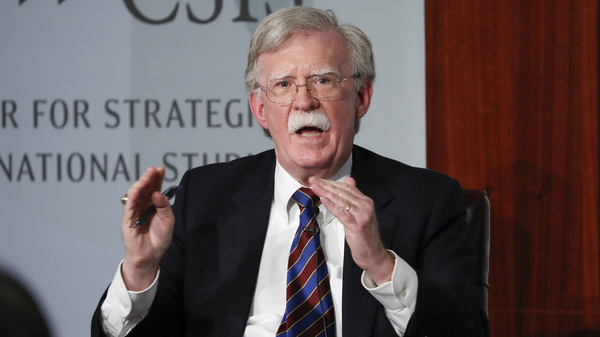 By Brian Naylor
The former national security adviser had said he would comply with a Senate subpoena during the impeachment trial, but the senators voted against calling witnesses. 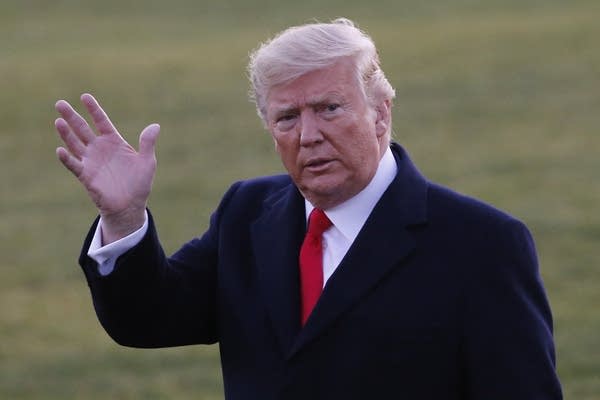 By The Associated Press
The U.S. Senate has acquitted President Trump of impeachment, ending only the third presidential trial in American history with votes that split the country and tested civic norms. The proceedings also are feeding the tumultuous 2020 run for the White House. 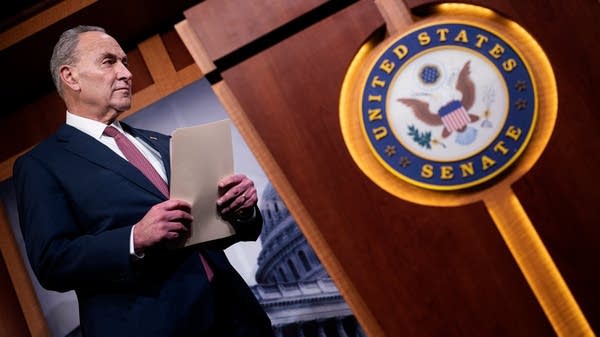 Senate so far split neatly along party lines on impeachment

By The Associated Press
The Senate is so far cleaving neatly along party lines in advance of Wednesday's virtually certain votes to acquit President Trump on two impeachment charges, with just two or three undecided members even considering breaking with their party. 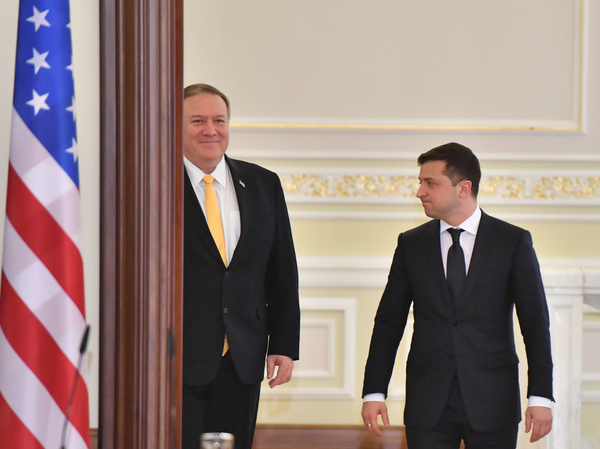 'No longer a friend': Ukrainians are losing faith in the U.S.

By Lucian Kim
"America used to be a beacon of freedom, liberty and anti-corruption efforts. Now a lot of Ukrainians feel like ... we are by ourselves," says a Ukrainian political commentator. 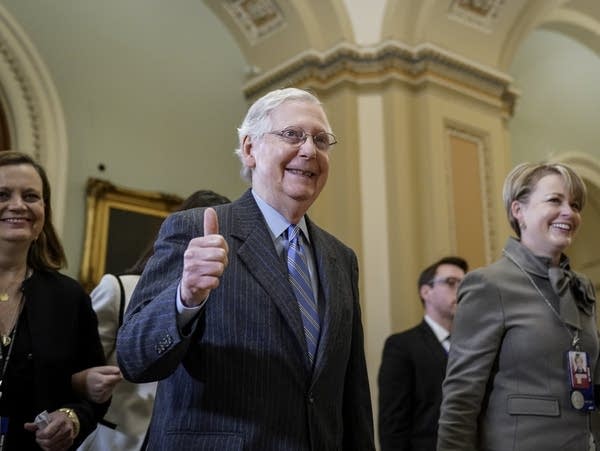