The killing of George Floyd, 46, of St. Louis Park — who repeatedly told a Minneapolis police officer he couldn’t breathe as the officer knelt on his neck on May 25, 2020 — sparked days of unrest in Minneapolis and St. Paul and mass protests across the globe over the treatment of Black people by police.

In the year since, lawmakers — nationally and locally — have debated police reform and whether law enforcement officers must change how they do their jobs. In schools, educators and students have tackled discussions on race and equity, sometimes with controversy. And across Minnesota, community members have marched and come together in a call for change.

Meanwhile, many activists say the murder and manslaughter conviction of former Minneapolis police officer Derek Chauvin — who pressed his knee on Floyd’s neck for more than nine minutes — in Floyd's death is just the start of a long journey toward justice. Chauvin will be sentenced Friday.

The three other ex-cops, who were involved with the arrest, have been charged with two counts each of aiding and abetting in the death. Thomas Lane, J. Alexander Kueng and Tou Thao go on trial in March 2022.

Listen, watch, engage and share your questions with MPR News. Subscribe to SMS updates, our newsletters or to our podcasts, Minnesota Today and In Front of Our Eyes. 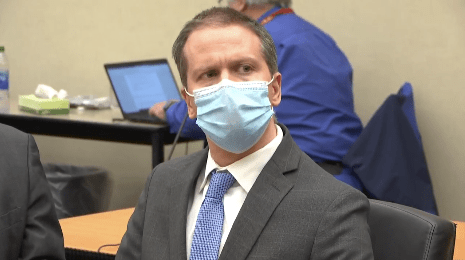 By Jon Collins
Fewer than a dozen officers around the country have been sentenced for murder, according to experts who track police killings, which makes Friday’s hearing rare even in a national context. 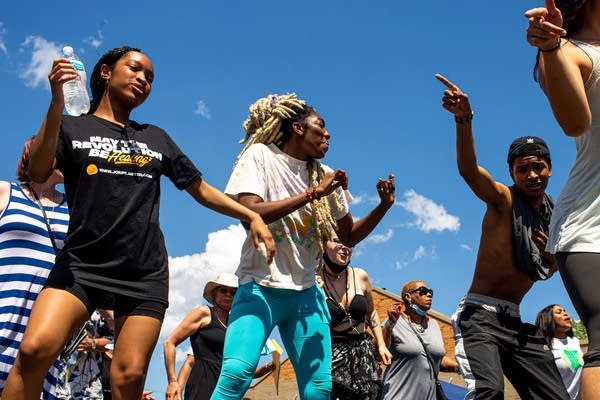 Photos: In Minneapolis, a celebration of George Floyd

By Evan Frost
On the one-year anniversary of George Floyd’s murder, people gathered at the site of his death to find community, support, learn and dance. 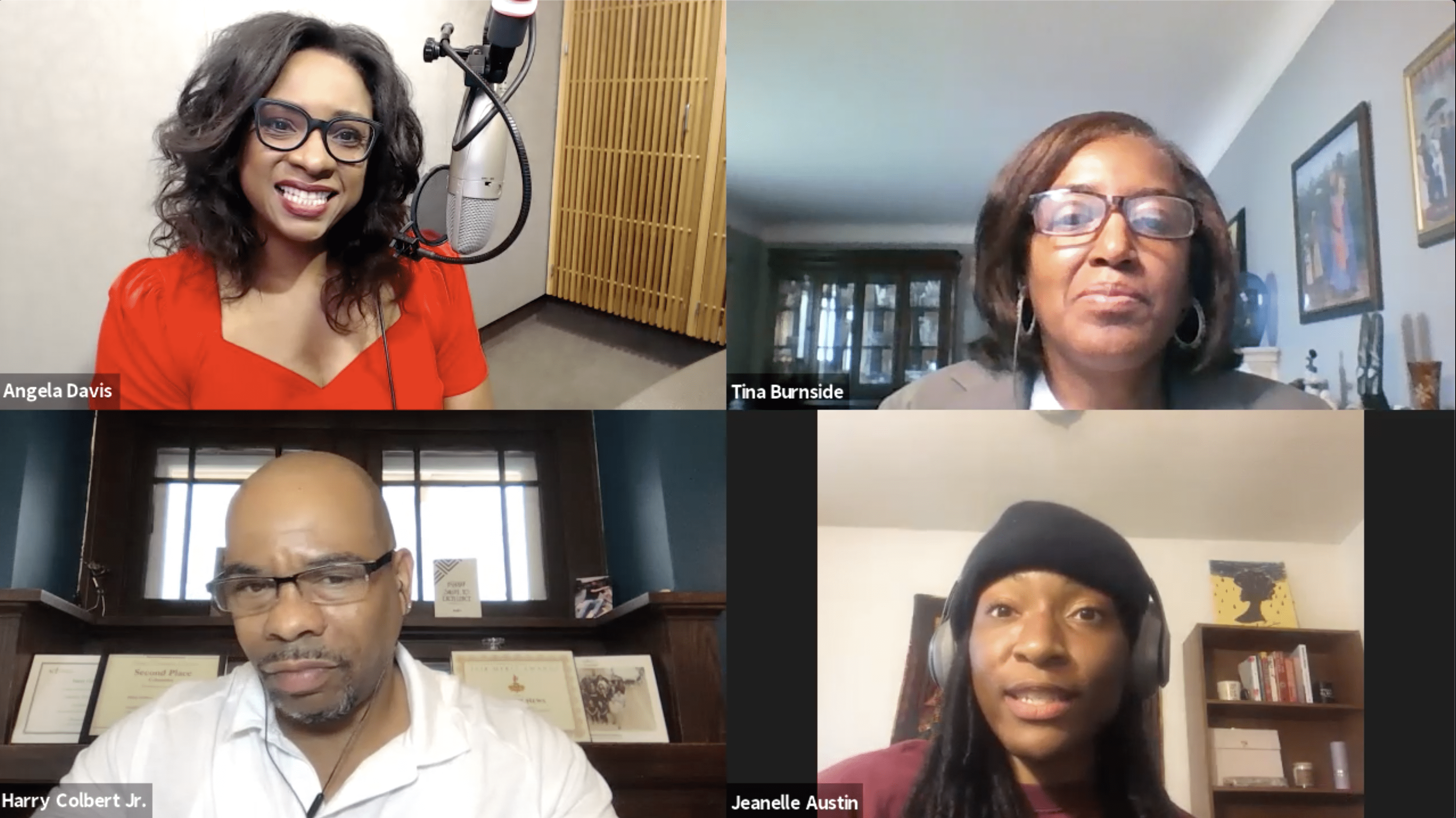 By Angela Davis, Rachel Yang, and MPRNews Staff
A year has passed since George Floyd’s murder. Host Angela Davis led a conversation with community leaders, memory keepers and activists working to maintain his legacy in our communities and beyond. 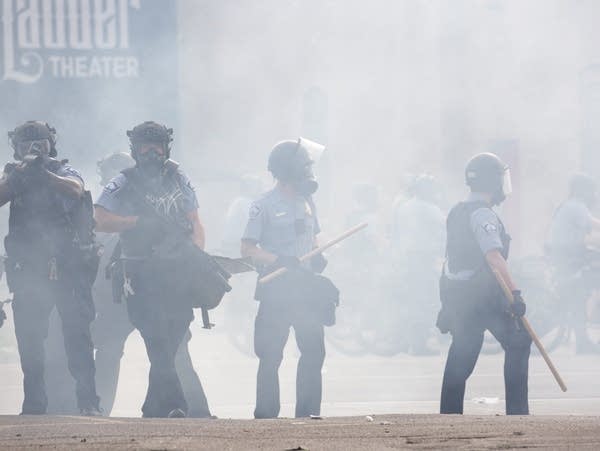 ProPublica compiled 68 videos that seemed to show officers using disproportionate force on protesters. A year later, police have disclosed discipline for a total of 10 officers. 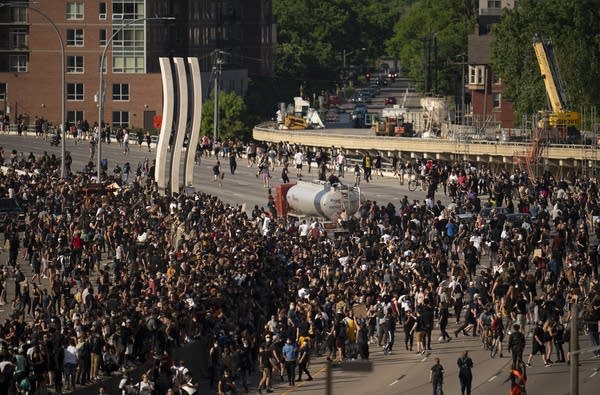 By Peter Cox
The driver, Bogdan Vechirko, agreed, along with Hennepin County prosecutors, to a continuance for dismissal of his case, if he meets certain conditions. 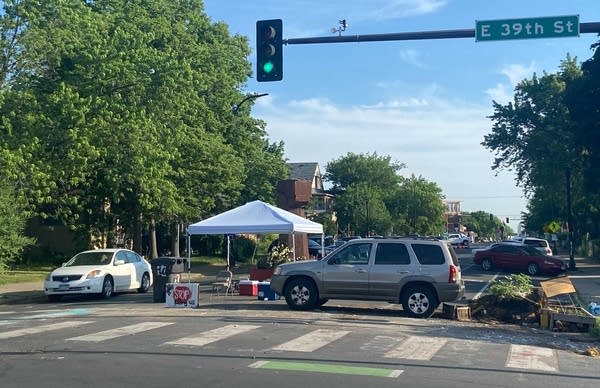 Council presses Frey on contract for reopening 38th and Chicago 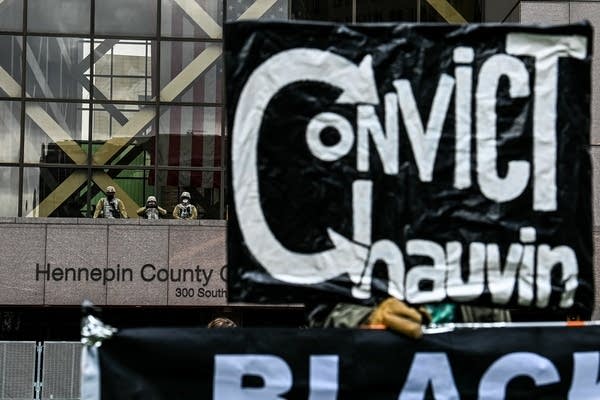 Prosecutors: New trial not merited for ex-cop in Floyd death

By The Associated Press
Minnesota prosecutors say the former Minneapolis police officer convicted of murder and manslaughter in George Floyd's death should not be granted a new trial. 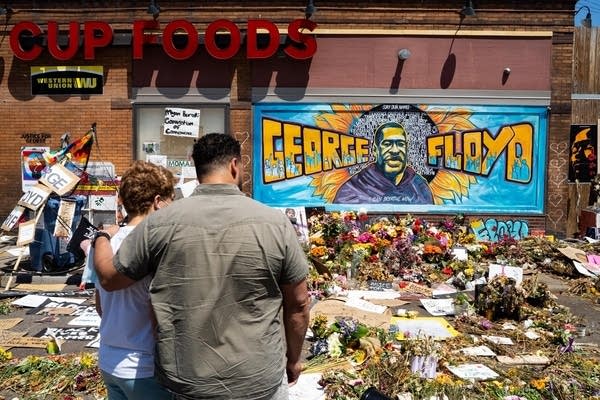 Timeline: The killing of George Floyd and trial of Derek Chauvin

By MPR News Staff
The killing of George Floyd — who repeatedly told Minneapolis police officers he couldn’t breathe as officer Derek Chauvin knelt on his neck in May 2020 — sparked days of unrest in Minneapolis and St. Paul and mass protests across the globe. In April, Chauvin was convicted of murder and manslaughter. 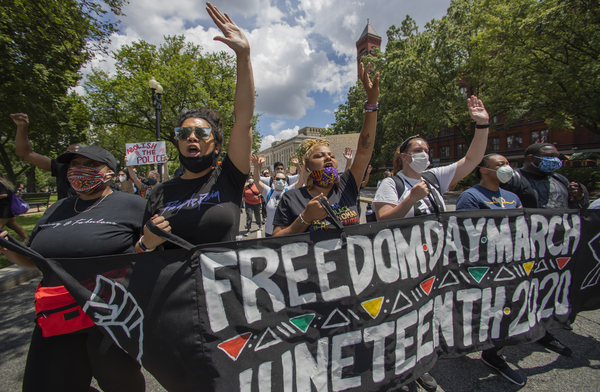 By Marisa Peñaloza
Companies are responding to a social movement fueled by the killing of George Floyd, a 47-year-old Black man who died on May 25, 2020, in Minneapolis while in police custody. 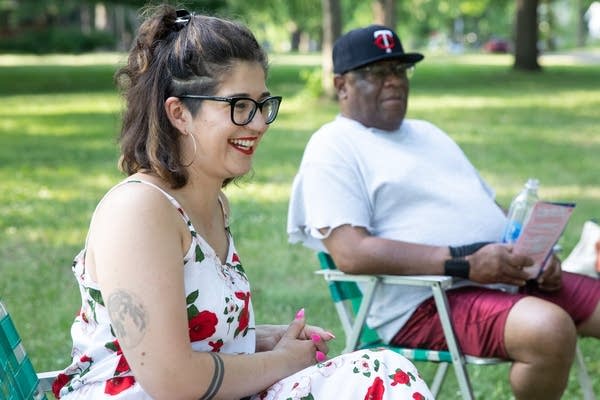 A beleaguered Minneapolis prepares to pick its leader

By Jon Collins
After a year of high-profile police killings, mass protests and a surge in gun violence and civil unrest, Minneapolis residents are getting ready to elect a new mayor. Seven mayoral candidates, including incumbent Jacob Frey, are vying for this week’s DFL endorsement.