The killing of George Floyd and trial of Derek Chauvin

The killing of George Floyd, 46, of St. Louis Park — who repeatedly told a Minneapolis police officer he couldn’t breathe as the officer knelt on his neck on May 25, 2020 — sparked days of unrest in Minneapolis and St. Paul and mass protests across the globe.

The four officers involved have been fired. Former Minneapolis police officer Derek Chauvin — the officer with his knee on Floyd’s neck — faces charges of second-degree unintentional murder, third-degree murder and second-degree manslaughter. Jury selection in his case began March 9, with opening statements on March 29. The three other ex-cops, who were at the arrest, have been charged with two counts each of aiding and abetting in the death. Thomas Lane, J. Alexander Kueng and Tou Thao go on trial in August.

Remembering George Floyd, the man A ‘gentle giant’ who sought a fresh start

Voices of Minnesota Calls for change across the state

Listen, watch, engage and share your questions with MPR News as we cover the trial of Derek Chauvin. Subscribe to SMS updates, our newsletters or to our podcasts, Minnesota Today and In Front of Our Eyes. 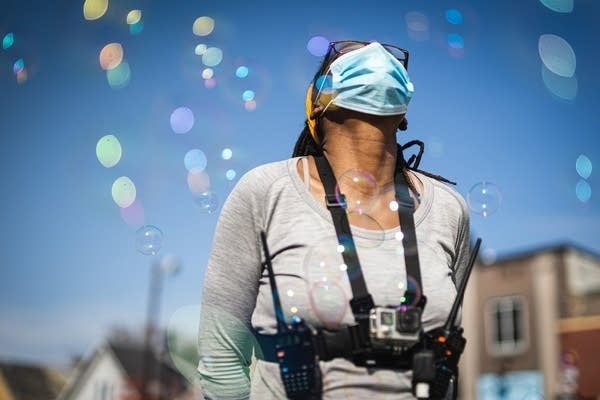 Every day, visitors and an international media scrum flock to George Floyd Square. At the same time, trial witnesses return to their neighborhood after their testimony. In conversations with Sahan Journal, people in the community talk about Black liberation, “vulturistic” visitors and why there’s not a TV showing the trial. 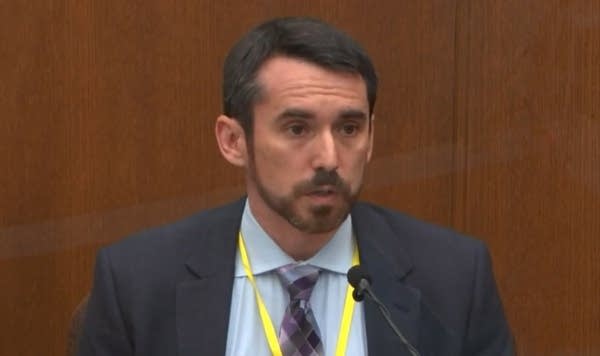 By Jon Collins, Brandt Williams, Dan Gunderson, and Nina Moini
The prosecution’s final witness in the trial of Derek Chauvin was a use-of-force expert who testified that placing George Floyd in a prone restraint position on the street was unreasonable. Earlier Monday, the judge rejected the defense’s request for the jury to be sequestered due to a fatal police shooting in Brooklyn Center. 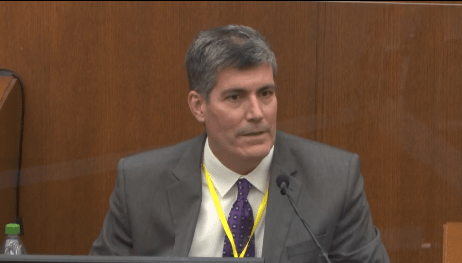 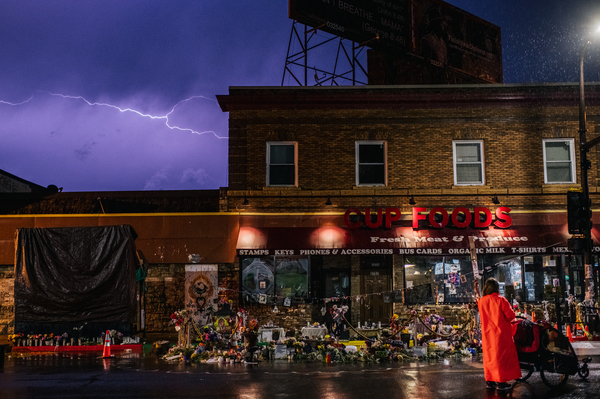 By Ari Shapiro
The Spokesman-Recorder was founded on the mission of telling stories from the Black perspective in Minnesota. Now its small team of journalists have taken on covering the Derek Chauvin trial. 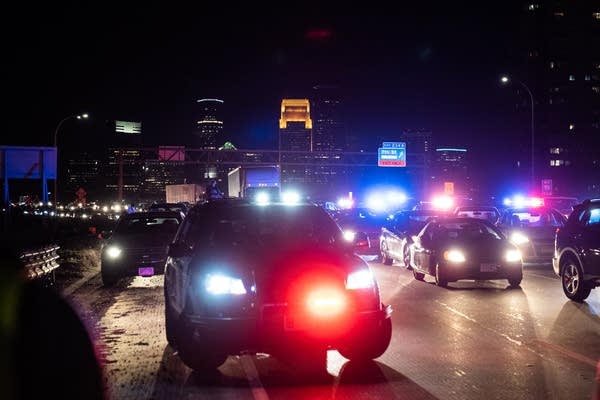 By Brian Bakst
In the shadow of the Derek Chauvin trial, Minnesota lawmakers are debating more changes to police accountability. They’re far from agreement. 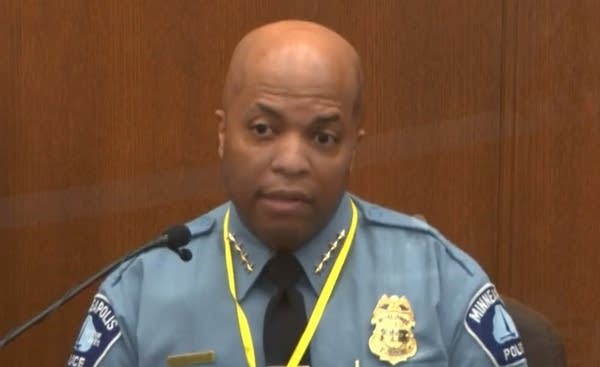 By Angela Davis and Maja Beckstrom
Host Angela Davis talks to an activist and a community journalist about police procedures and other issues raised in the second week of testimony in the Chauvin trial. 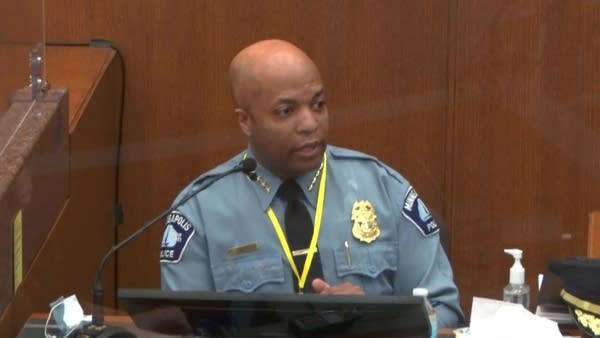 Is the blue wall of silence starting to crack?

By Kerri Miller, Kelly Gordon, and Marcheta Fornoff
After Minneapolis Chief Medaria Arradondo took the rare step of testifying against former officer Derek Chauvin, some experts are wondering if the long-held police code of silence may be crumbling. 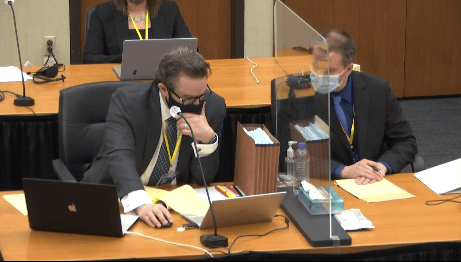 By The Associated Press
The phrase typically refers to police shootings when the officer is found to have reasonably feared for their life and fired. Legal observers say Derek Chauvin's defense will have a hard time making that case.

By The Associated Press
The face mask that former Minneapolis police officer Derek Chauvin has been required to wear during his trial in George Floyd's death has hidden his reaction to testimony. That includes any sympathy or remorse that legal experts say can make a difference to jurors. 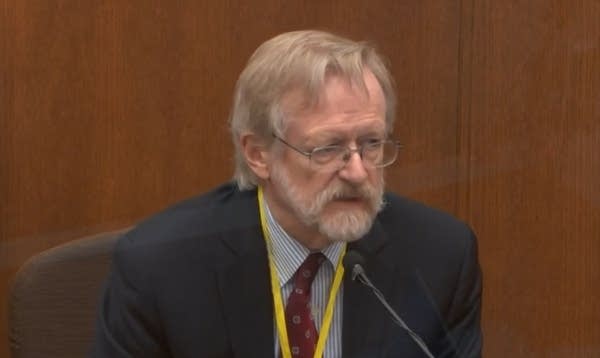 Chauvin trial: Breathing expert pinpoints moment when 'the life goes out of his body’